Dansili’s influence spreading through his sons

As Flintshire quickened away to take the Grade 1 Sword Dancer Stakes for a second time, having trailed by more than 13 lengths, the son of Dansili once again prompted a string of superlatives. Flintshire’s new trainer Chad Brown – admittedly a biased observer – said: “He’s the greatest horse I’ve ever seen,” while winning rider Javier Castellano said: “I’ve never seen any horse with that much acceleration on the grass.”

I’m sure that Europeans would argue that Brown and Castellano should get out more, but Flintshire’s display also drew high praise from impartial journalists. The Thoroughbred Daily News likened Flintshire to a Ferrari and described his display as breathtaking. The theme of the Daily Racing Form’s review was that Flintshire’s acceleration had been explosive.

The six-year-old Juddmonte star has now won his last four starts in the US, consisting of three Grade 1s and the Grade 2 Bowling Green Stakes. In reviews of his earlier successes, the Blood-Horse referred to “his brilliant turn of foot,” the TDN to “his jaw-dropping turn of foot” and such words as ‘scintillating’ and ‘dazzling’ were other adjectives employed to describe the style of his victories.

Flintshire’s first appearance for Chad Brown had come in the Woodford Reserve Manhattan Stakes, after which the trainer explained that: “He [Flintshire] has an indescribable amount of class. He’s so intelligent.

He picks things up at light speed, oozes class, and is a privilege to work with every day.” While this may smack of hyperbole, Flintshire had covered the last half- mile of the Manhattan’s ten furlongs in a stunning 44.56 seconds. Similarly, his final time of 2:23.45 in the latest Sword Dancer missed the long-standing track record by less than three-tenths of a second.

The constant references to Flintshire’s powers of acceleration are a reminder that all four of his American wins have been gained on firm ground – ground which allows him to use his main asset. These are the only occasions he has raced on firm ground, but he landed the Group 1 Hong Kong Vase on good to firm and his seconds behind Treve and Golden Horn in the Arc came on good ground. While in Europe Flintshire encountered soft or good to soft ground on four occasions and was beaten every time.

His record acts as a reminder that Dansili was another who put up his best performances on good ground or firmer. On the three occasions he tackled ground faster than good, he was beaten half a length in the Queen Anne Stakes, three-quarters of a length in Giant’s Causeway’s Sussex Stakes and a neck, when unlucky, in the Breeders’ Cup Mile. In the circumstances, it isn’t surprising that Dansili’s progeny have achieved their highest winning percentages when the ground was either good or firmer.

The question now is what does the future hold for Flintshire, whose career earnings equate to more than $8.8 million. From 22 starts, he has achieved eight wins (five of them at the highest level) and ten seconds. He is by a stallion who has been champion sire in France and runner-up to Galileo in Britain and Ireland, and his grandsires are the multiple champion sires Danehill and Sadler’s Wells.

There’s not much fault to be found, either, with his female line. His dam, the Group 2 winner Dance Routine, was second in the Prix de Diane; his second dam Apogee was a Group 3 winner; and his third dam Bourbon Girl was second in the Oaks and Irish Oaks.

No doubt much will depend on how Flintshire fares during the rest of 2016, when his targets are said to be the Grade 1 Turf Classic on October 1 and then the Breeders’ Cup Turf. With his enthusiasm intact, there is no reason why he can’t continue to race.

Because soundness – or lack of it – has become such an issue in the US, one would hope that American breeders would be keen to embrace a good-looking, enthusiastic horse who is still coping extremely well with firm ground after 22 starts. Flintshire’s rock-steady temperament has also allowed him to win at the highest level on three different continents.

Although there is a prejudice against turf horses as stallions in the US, perhaps breeders should be reminded of the champion turf males Theatrical and Kitten’s Joy. The Irish-bred Theatrical developed into an American champion after a solid career in Europe, with the Bowling Green and Sword Dancer Handicaps also figuring among his American wins.

Flintshire’s appeal as a potential stallion also reflects the bright start made by some of Dansili’s other sons. Several are being represented by their first runners during 2016. By the time this appears in print their statistics will have been overtaken, but at the time of writing Bated Breath has been represented by two Group-placed fillies; Famous Name, from a crop of around 50 sired at only €4,000, has sired the impressive Listed winner Escobar; and Requinto, another with a comparatively small crop sired at a modest fee, is responsible for Broken Stones, third in the Group 2 July Stakes in between wins on his first and third starts.

Delegator, another inexpensive first-crop sire, has a good proportion of winners to runners. Down in New Zealand, the Group 2 Celebration Mile winner Zacinto did so well with his first runners during the 2015-16 season that his fee has been more than doubled for 2016. His 11 first-crop runners included the Listed winners Ugo Foscolo and Zigwig. 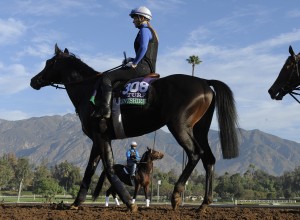 These newcomers are following in the footsteps of several other stallion sons of Dansili, including Zoffany, the champion first-crop sire of 2015. Although Zoffany spent his first three years at a fee no higher than €7,500, he has been represented by an impressive total of six first-crop Group winners, including the German 2,000 Guineas winner Knife Edge.

Another Classic performer from this crop is the Oaks and Irish Oaks second Architecture. Even the Group 3 winner Thousand Words has been represented by Top Notch Tonto (Timeform 123) and Opal Tiara, winner of the Group 3 Supreme Stakes in 2016. Strategic Prince, another who started out at a modest fee, sired 2016 Derby Italiano winner Saent, having earlier sired dual Group 1 winner La Collina.

Dansili’s Grand Prix de Paris and Arc winner Rail Link probably wasn’t helped by being a very big individual and he certainly wasn’t helped by his failure to race in 2007, before his stud debut in 2008. The size of his crops soon began to dwindle, to the extent that his first six crops averaged only 46 foals.

He still numbered a pair of Group 1 winners among his eight Group winners, the latest addition being that very game filly Chain Of Daisies, who upset the odds-on Ulysses in the Group 3 Winter Hill Stakes.

Up Next
The special Phar Lap