Crisis looms if breeders decide to walk away

First, the good news: the Great British Bonus (GBB) is up and running. Promoted by the TBA, the scheme was implemented as soon as racing returned on June 1 after the Covid-19 lockdown, and it has been particularly rewarding to see several small breeders, such as Kevin Nicholson and Simon Chappell, win £20,000 bonuses with the progeny of mares they raced and then kept for stud.

These are the breeders and owners we so badly need to keep in racing and GBB has been established as the perfect vehicle to encourage them and many others to support the industry in Britain.

The recent wide-ranging TBA survey showed that 84 per cent of breeders retain an interest in a horse in training. Encouraging them with a scheme such as GBB is therefore vital for the future.

Now, the not-such-good news: there is no point in believing that racing and all the activities associated with the sport can return to normal even in the medium term of the next three to five years.

Fallout from the Covid-19 pandemic has exposed the cracks, caused by the relatively low level of prize-money in Britain, that have been ‘papered over’ for many years. Losses sustained by our breeders are likely to leave a scar across the racing and breeding industries that will take many years to heal.

Despite the ROA’s best efforts to maintain current levels, it must be expected that the number of owners will decline in the immediate future, and, if the recession of 2008 is any guide, prices at the autumn sales will be down substantially, exacerbating the losses of the 66 per cent of breeders for whom the exercise is already unprofitable, and adding to the numbers leaving the industry.

To most people involved in the industry this current crisis feels worse and more immediate than that caused by the last recession, when between 2008 and 2012 the combined foal crops of Britain and Ireland dropped by 35 per cent. With a tight horse population-to-runner model already in reverse, a similar fall could have drastic consequences for a number of years.

Modelling by the TBA executive has suggested that a fall in the number of runners of around 20-25 per cent in Britain is probable, unless major efforts are made to encourage the breeding industry and breeders not just to stay in the sport but also to race their progeny as owners or part-owners of the foals they produce.

Foal numbers have not recovered to the 2008 level of 18,339 foals; in 2019 the combined total for Britain and Ireland was just 14,043. With limited imports from the USA and France, this crop was required to service an ever-expanding fixture list in Britain, and so there is very little slack in the system. Any decline in the foal crop will impact racing through the number of runners much sooner than in 2008.

The impact of Covid-19 will be felt around the world and many nations expect there to be a substantial fall in the size of their foal crops. This means that Britain cannot expect to import meaningful numbers of horses to fill the gap, especially under our existing prize-money regime. Indeed, export is more likely.

Figures have yet to be finalised for 2020 but the British foal crops for last year and this year are expected to have dropped by about five per cent per annum, which will adversely affect the horse population and make racecourses’ desire to run the current or an expanded fixture list look difficult over even the next two years.

The Great British Bonus represents a good start in supporting breeders, and, as a self-help scheme that does not cost the industry anything but realigns prize-money to support those who buy and race British-bred horses, it is particularly effective when income within the sport is tight. Efforts should be made to enhance GBB as soon as possible.

The betting levy, media rights, racecourses and a large part of the rural economy depend on British breeders surviving and thriving. Every breeder and broodmare needs to remain active if we are to stave off a real crisis in the industry. 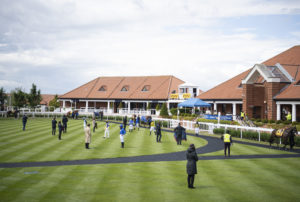 Up Next
Horsemen hold the key to rebuilding racing