The passage of time has underlined the truth of the French saying which insists that the more things change, the more they stay the same. The 2020 racing season could hardly have been more different, but you wouldn’t have guessed so from the leading sires’ lists.

It almost goes without saying that the title of champion sire fell to Galileo for the 11th straight year and for the 12th time in 13 years, but this extraordinary stallion wasn’t the only one demonstrating admirable class and consistency. The luckless Dubawi finished runner-up for the fifth time in the last eight years, during which he has never finished lower than fifth.

Third-placed Dark Angel, who was runner-up to Galileo in 2017, has also been a permanent fixture in the top 12 over the last eight years and hasn’t finished worse than seventh in the last six years. Frankel has performed best of Galileo’s stallion sons, achieving a top 12 finish in each of the four years he has been represented by three-year-olds, with three top-four finishes.

There should also be awards for a couple of brilliant broodmares. Urban Sea, of course, is not only the dam of Galileo but also of Sea The Stars, who has now achieved top ten finishes in each of the last five years, the highlight being his second place behind Galileo in 2019. Rafha, a daughter of 1985’s champion sire Kris, has also been regularly doubly represented, with her Danehill colt Kodiac achieving a top-ten finish in each of the last six years, whereas her Green Desert colt Invincible Spirit has matched Galileo for longevity, also achieving a top 12 placing in each of the last 13 years.

For good measure, both of Rafha’s sons have been champion sire of two-year-olds, with Kodiac proving especially proficient in this sector. Tally-Ho Stud’s son of Danehill has sired more two-year-old winners than any other stallion in five of the last eight years and been runner-up in each of the other three years. Even with 46 two-year-old winners in Europe up to December 8 in 2020, the 19-year-old Kodiac couldn’t keep up with Mehmas, a sprightly six-year-old whose statistics in early December stood at an eye-opening 50 winners from 100 starters, for a neat and impressive 50% winners.

I should add that Mehmas shares similar parentage to the consistently successful Dark Angel, both having been sired by Acclamation from daughters of the champion two-year-old Machiavellian. While Acclamation rarely hits the headlines, it is well worth pointing out that this reliable veteran has achieved five top 12 finishes in the last ten years.

While on the topic of two-year-olds, it is something of a misconception that this sector is the exclusive domain of fast commercial stallions. Galileo himself has proved this time and again, in the process collecting no fewer than six juvenile sires’ championships. Although he was another who couldn’t match Mehmas, this time in terms of total prize-money, Galileo finished a highly creditable second with the help of four Group winners. He was responsible for at least 27 individual winners, for a strike rate of over 40%.

Galileo’s son Frankel had at least 29 two-year-old winners throughout the northern hemisphere, which bodes well for his prospects in 2021. Other Classic sires which did well with their juveniles were Dubawi, who numbered the Group winners Indigo Girl, Master Of The Seas and One Ruler among his 26 European scorers.

Although Sea The Stars isn’t a noted sire of two-year-olds, he often has a spree of late-season winners as the distances lengthen, with some past examples developing into such smart performers Stradivarius, Knight To Behold and Hukum. There could well be more like them among his 18 juvenile winners of 2020, such as the dual all-weather winner Uncle Bryn, Godolphin’s Daramethos and the potential Classic fillies Sea Empress and Teona.

Camelot is another who laid the foundations for a rewarding 2021, with his 16 juvenile winners featuring the Group 3 winner King’s Harlequin, Sir Dragonet’s brother Sir Lucan and such promising Curragh winners as Santa Barbara (a half-sister to Iridessa and Order of Australia) and Cleveland (a son of the Irish Oaks second Venus de Milo).

Spare a thought too for Golden Horn, who famously won a hot maiden race at Nottingham in late-October on his only appearance at two. He went on to win the Derby, Eclipse, Irish Champion Stakes and the Arc to establish himself as the second-best of Cape Cross’s sons behind Sea The Stars. Golden Horn had 13 two-year-old winners from his second crop, including Botanik, who went close to becoming his first Group 1 winner in the Criterium de Saint-Cloud. 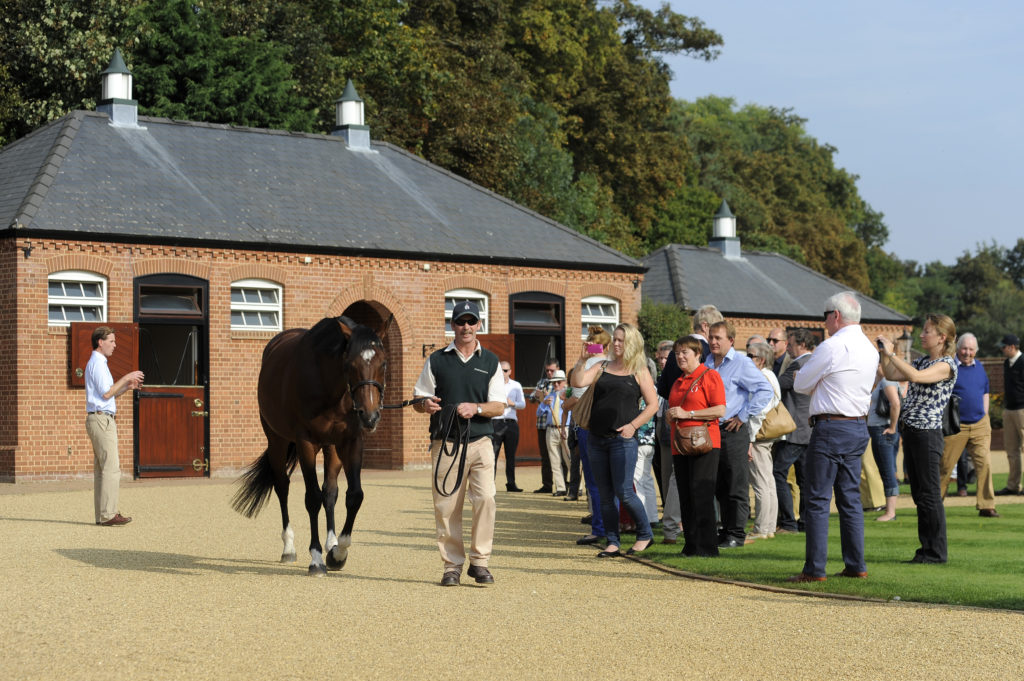 One area where Galileo finally broke new ground was by becoming champion sire of broodmares at the age of 22 – two years earlier than his illustrious sire Sadler’s Wells recorded the first of his seven successive broodmare sire titles. We can expect similar dominance in this role from Galileo, who is now only two short of Sadler’s Wells’s unprecedented total of 14 sires’ championships.

Galileo’s latest success as leading sire extends Coolmore’s extraordinary dominance of this title, which now stands at 33 championships in the last 39 years, including an unbroken sequence of 31. The first championship came via Be My Guest in 1982 and the second from Caerleon in 1988. Then Sadler’s Wells topped the table in 1990, only for Caerleon to beat him into second place the following year. No other stallion managed to get the better of Sadler’s Wells over the next 13 years before he eventually gave way to Danehill, who headed the list in 2005, 2006 and 2007. The Galileo era started the following year, but – as with Sadler’s Wells – Galileo had to give way to one of his stud companions in 2009, when Danehill Dancer completed his rags-to-riches journey.

So much for the more things change, the more they stay the same. The list of annual champion sires acts as a reminder that the breeding world sometimes undergoes huge change. This is thanks to the phenomenon whereby the importation of foreign bloodlines transforms a country’s breeding industry, as we have witnessed at different times in the USA, Japan and Australia and not just in the UK and Ireland. We have also seen how breeders ultimately prefer to use horses which embody those foreign bloodlines, but which were tried and tested under local conditions.

Of course, the revolution in the UK and Ireland was fuelled almost single-handedly by the great Northern Dancer, a Canadian-bred who topped the sires’ table four times in the 1970s and ’80s. There was also help from Never Bend, sire of the super-talented Mill Reef. Coolmore owed the first 20 of its sire championships to American-bred stallions, thanks to Be My Guest, Caerleon, Sadler’s Wells and Danehill, and by the 1990s it was to be expected that North American-bred stallions would occupy roughly two thirds of the top 20 positions on the sires’ table.

In 1991 there were 14 such stallions, with nine of them based in Ireland or Britain. In 1994 the top 20 featured 14 stallions carrying either the (USA) or (CAN) suffix, these being Sadlers’ Wells, Chief’s Crown, Green Desert, Caerleon, Storm Bird, Danzig, Alzao, Bluebird, Night Shift, Rainbow Quest, Fairy King, Danehill, Nureyev and Taufan. The six locally-bred horses included three – Last Tycoon, Warning and Shirley Heights – sired by European-raced American imports, with the other three – Kris, Sharpo and Diesis – being grandsons of the cheap American import Atan.

Compare that to today’s situation. You have to go all the way down to the lower reaches of the top 20 before you find a stallion who doesn’t carry either the (GB) or (IRE) suffix. And the two American-breds in the top 20 are No Nay Never and Shamardal, both of whom achieved their Group 1 successes on turf in Europe. The highest-placed American-based stallions were those excellent turf sires War Front and Kitten’s Joy, but both languished down in the 50s, partly because of a comparative lack of numbers on this side of the Atlantic.

Both of racing’s superpowers, Coolmore and Godolphin, have benefited enormously from investing in American bloodlines, there being no finer example than Galileo, who has nine North American-bred animals among the 12 horses in his first three generations. Now that he has added the broodmare sire championship to his multiple titles as champion sire and juvenile sire, Galileo has excelled in three very important sectors.

A look at Coolmore’s current stallion roster illustrates the size of the debt owed to him by Galileo. Of the 19 stallions which will be aged under 15 in 2021, as many as seven are sons of Galileo and a further four have dams by Galileo. This illustrates why Coolmore, in its quest for a high-class outcross, stepped in with a large offer to add Wootton Bassett to the roster.

The eight non-Galileo stallions under the age of 15 also highlight the Coolmore partners’ faith that the Scat Daddy male line also has a strong chance of developing a fruitful partnership with Galileo’s daughters and grand-daughters. Most of the faith rests with No Nay Never, who has already been joined in Ireland by his sons Ten Sovereigns and Arizona, and by Sioux Nation, another of Scat Daddy’s fast and precocious sons. However, No Nay Never isn’t the only son of Scat Daddy being groomed as the ideal son of Scat Daddy for Galileo’s daughters. That distinction belongs to Justify, the 2018 American Triple Crown winner based at Coolmore’s American branch. 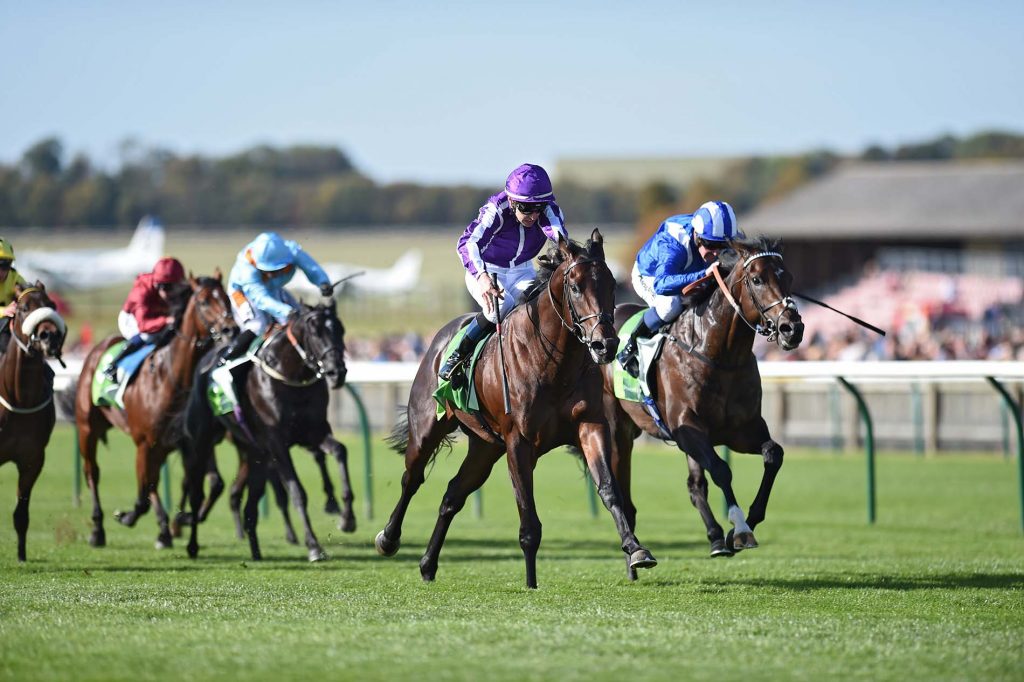 The first-crop foals by this strapping chestnut include at least 20 out of Galileo mares. As Marks & Spencer might say, these aren’t just any Galileo mares, they are largely Coolmore Galileo mares. Among the dams are Ballydoyle, a Group 1-winning sister to Misty For Me, the Classic-winning dam of U S Navy Flag and Roly Poly. Another blueblood is the colt out of the Fillies’ Mile winner Together Forever, a sister to Oaks winner Forever Together. Then there’s the first foal out of Clemmie, a Cheveley Park Stakes-winning sister to dual European champion Churchill.

Another chestnut filly is out of Curvy, winner of the E.P. Taylor Stakes after landing the Ribblesdale Stakes, and there is also a filly out of Fabulous, an unraced half-sister to Giant’s Causeway and that exceptional broodmare You’resothrilling. Flattering, a Group 3-winning sister to the exceptional Love, has a bay Justify colt as her first foal and another first foal is out of Hence, a Group-placed sister to the multiple Group 1 winner Alice Springs.

The colt out of Moth has a dam who was third in the 1,000 Guineas, while another colt is out of the Classic-placed, Group 1 winner Together. Other Justify foals with dams by Galileo are owned by such elite breeders as Flaxman Holdings, Whisper Hill Farm, China Horse Club and Don Alberto Corporation. Reportedly, a total of 52 members of Justify’s first crop are out of Group/Grade 1 winners or the dams of Group/Grade 1 winners

So, by 2022, we could be seeing the start of another foreign invasion with the potential to change the direction of not just of the Coolmore operation but of European breeding in general. 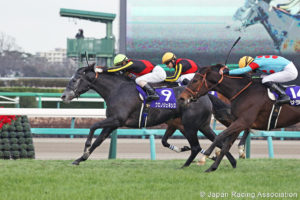 Up Next
Chrono Genesis continues Chronologist's leap to stardom in Japan