As a pedigree buff, my ears pricked up following the Group 3 Palace House Stakes, when James Tate, trainer of the victorious Far Above, said: “We realised we had to throw his pedigree out the window and just race what we saw in front of us, which was the fastest horse I’ve ever had.”

I would have to agree that Far Above’s pedigree doesn’t exactly scream 5f, as both his sire Farhh and broodmare sire Shamardal were major winners at up to 1m2f – double the distance of the Palace House Stakes. However, there are elements of his pedigree which make Far Above’s development into a first-rate speedster look much less freakish.

First of all, he is a grandson of Pivotal, who never raced beyond 6f and gained his major successes, in the King’s Stand and the Nunthorpe Stakes, over five. Pivotal, in turn, was a son of Polar Falcon, who had gained all four of his previous wins at around a mile before his victory over the Nunthorpe winner Sheikh Albadou in the Group 1 Sprint Cup at Haydock on only his second start over a distance as short as 6f.

Also, don’t forget that Shamardal was blessed with so much natural speed that he was able to lead every step of the way in each of his six victories. And it was Shamardal who was responsible for last year’s champion sprinter Blue Point, twice a winner of the King’s Stand Stakes.

I could also add that Far Above’s pedigree contains four distant lines to the remarkably versatile Northern Dancer, through his sons Nureyev, Storm Bird, Shareef Dancer and Nijinsky. Although the diminutive Northern Dancer stayed well enough to win the Kentucky Derby, he was a son of the very speedy Nearctic, whose string of track records included one over 5f and two over six.

It’s fair to say that Northern Dancer’s enormous legacy has long been very apparent in the top prizes at under a mile, not just in the middle-distance sector. The Danzig branch has given us the likes of Anabaa, Danehill, Exceed And Excel, Fastnet Rock, Green Desert, Invincible Spirit, Oasis Dream and War Front. The Nureyev branch is still being very ably represented by Pivotal and Siyouni, while the Try My Best branch continues to flourish via the likes of Acclamation and his son Dark Angel.

Although Storm Bird’s male line has lost its main flagbearers with the untimely deaths of Scat Daddy and Shamardal, both these influential stallions are well placed to continue the good work. Scat Daddy’s team at Coolmore features No Nay Never and Caravaggio, as well as Ten Sovereigns, while Shamardal’s trio of Group 1-winning 2019 two-year-olds, including the recent Poule d’Essai des Poulains winner Victor Ludorum, look likely to bolster a team headed by Blue Point.

Shamardal’s son Lope de Vega has already shown what he can do, with those fast Australian horses Gytrash, Santa Ana Lane and Vegadaze showing that his Group 1 Al Quoz winner The Right Man isn’t a one-off in the sprinting division.

Sadly, Tate revealed on Thursday that Far Above had suffered a career-ending injury during the race and has now been retired.

Less than two hours after Far Above’s victory, the Qipco 2,000 Guineas fell to Kameko, another colt whose pedigree pays testament to Northern Dancer’s all-pervading influence. He has five lines, via Sadler’s Wells, Danzig, Be My Guest, El Gran Senor and Nijinsky, with the Danzig branch being represented by Kameko’s broodmare sire Rock of Gibraltar, winner of the 2,000 Guineas in 2002.

Sadler’s Wells, with his progeny’s average winning distance of 11.4 furlongs, is generally thought of as an influence for stamina, no doubt partly because his sons Yeats and Kayf Tara jointly notched up six victories in Ascot’s Gold Cup. It mustn’t be forgotten, though, that he was himself a winner of the Irish 2,000 Guineas and actually sired more winners of the 2,000 Guineas than the Derby.

Sadler’s Wells continues to exert a powerful influence on the 2,000 Guineas, to the extent that his name appears in the pedigrees of each of the last ten winners, thanks largely to his extraordinary son Galileo. In addition to being the sire of three winners, in Frankel, Gleneagles and Churchill, Galileo is the broodmare sire of Night Of Thunder, Galileo Gold, Saxon Warrior and Magna Grecia. Galileo’s son New Approach gave us the 2013 winner Dawn Approach.

The two exceptions to the Galileo rule among the ten consecutive 2,000 Guineas winners with Sadler’s Wells in their pedigree are Camelot, sired by Montjeu, and Kameko, whose sire Kitten’s Joy is by El Prado, another of Sadler’s Wells’s most successful stallion sons.

El Prado never got the chance to tackle any of the Guineas races, having sprained a joint in the March of his three-year-old season. The injury was unfortunate, as El Prado had proved himself one of the best Irish juveniles of 1991, winning four of his five starts in his homeland, his only defeat at the Curragh being his neck second to the future Irish Derby and King George winner St Jovite.

El Prado’s victories included the Group 1 National Stakes and the Group 2 Beresford Stakes, and he also had a pedigree worthy of a Guineas winner. His dam Lady Capulet provided Vincent O’Brien with one of his most notable achievements when she won the 1977 Irish 1,000 Guineas by three lengths as a 16/1-shot on her debut.

Lady Capulet was herself closely related to a couple of leading two-year-olds by Sir Ivor, being a sister to Sir Wimborne, winner of the Group 2 Royal Lodge Stakes, and a three-parts-sister to the dual Group 3 winner Turkish Treasure.

Unfortunately, El Prado failed to shine in three starts after his return from injury and consequently he was priced at no more than $7,500 in his first four seasons, before his fee dropped to $5,000 in his fifth season. That meant that every single one of his runners to the end of 2000 was the product of an inexpensive nomination, yet that didn’t stop him making an increasingly favourable impression.

The grey’s progeny earnings rose year by year, until El Prado ranked 18th among the leading sires by American earnings in 1999 and 17th the following year. His fee started to climb, eventually rising as high as $125,000 in 2006 and 2007, but his talent shone through at much lower fees. His coverings at $10,000 in 1998 resulted in Medaglia d’Oro, who has commanded fees of $200,000 or more in each of the last three seasons, having sired those outstanding American fillies Rachel Alexandra and Songbird. Then, two years later, at a fee of $30,000, he sired Kameko’s sire Kitten’s Joy. 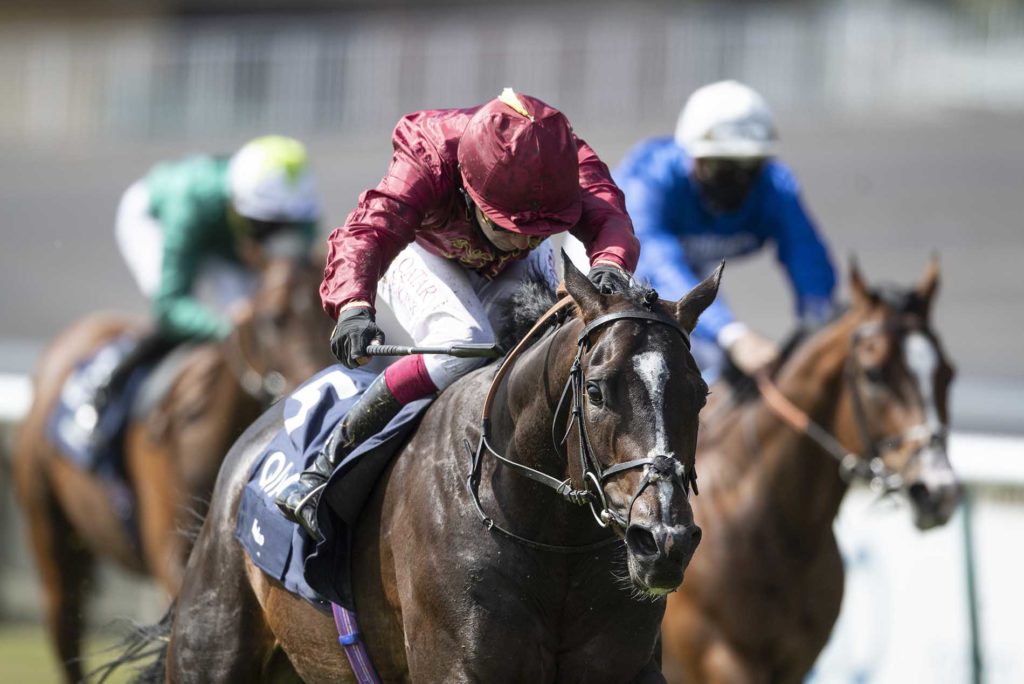 Whereas Medaglia d’Oro owed his earnings of $5.75 million entirely to racing on dirt, Kitten’s Joy became a champion turf specialist after defeats on dirt on his first two starts. Never worse than second in 12 starts on turf, Kitten’s Joy won nine times, including the Grade 1 Secretariat Stakes over 1m2f and Joe Hirsch Turf Classic over 1m4f.

Although he clearly stayed a mile and a half, it mustn’t be forgotten that he didn’t lack speed, as he showed in winning the Grade 2 Firecracker Handicap over a mile during his abbreviated four-year-old season.

This speed has been apparent in most of his black-type winners in Europe, as has the juvenile ability which once saw Kitten’s Joy top the North American list of sires of two-year-olds, with 22 juvenile winners from a crop of 91. Kameko, with his victories in the Group 1 Vertem Futurity and the 2,000 Guineas is the latest example, but his predecessors also include Taareef, an unbeaten two-year-old who progressed to win four Group races, three of them over a mile.

Then there’s the much-missed Roaring Lion, a three-time winner as a juvenile who successfully dropped back to a mile to land the Group 1 Queen Elizabeth II Stakes after a magnificent campaign over 1m2f. Even Hawkbill, who thrived over 1m4f as a mature horse, was fast enough to win three consecutive races as a two-year-old.

Kitten’s Joy has had a sizeable impact on the Breeders’ Cup, with his progeny winning three of its Grade 1 turf events (plus a Grade 2). One of these Breeders’ Cup winners, Oscar Performance, later gained both his Graded victories as a four-year-old over a mile, including in the Grade 1 Woodbine Mile.

Another of them, the Turf Sprint winner Bobby’s Kitten, later became a Listed winner over six furlongs in Ireland before retiring to Lanwades Stud. His first winner, the well-bred filly Sands Of Time, made nearly all over five furlongs in scoring by five lengths at Lingfield on her debut.

With all this talk of speed, the question begging to be asked is whether Kameko will fare any better than Roaring Lion if he bids for a second classic success in the Derby. Roaring Lion, you’ll remember, lost second place close home when third to Masar in 2018 and was never again asked to tackle a mile and a half.

It must be a concern that Kameko’s dam, Sweeter Still, gained all four of her black-type successes in California over a mile – as might be expected of a daughter of the British and Irish 2,000 Guineas winner Rock of Gibraltar, who never tackled more than a mile. I should add, though, that Sweeter Still stayed nine furlongs well enough to finish a creditable third in the Grade 2 Honeymoon Handicap.

It must also be a concern that Sweeter Still’s half-brother Kingsbarns seemed to have stamina limitations, even though he was by Galileo. Perhaps it would have been a different story had Kingsbarns’ career not been subject to a couple of lengthy intermissions after he had won the Group 1 Racing Post Trophy.

As it was, he made only six further appearances, three of them over a mile, including in the 2014 Queen Elizabeth II Stakes, following a lacklustre effort on his only attempt at a mile and a half.

On the plus side, Kameko has daughters of the King George winner Belmez and the Prix du Jockey-Club winner Caerleon as his second and third dams. Belmez’s progeny had an average winning distance of 11.8 furlongs, while Caerleon’s figure was 10.7. Kameko’s temperament should also help in the quest to stay a mile and a half, but – as is usual these days – there is no knowing whether he will stay until he is put to the test. I expect him to prove best at up to a mile and a quarter. 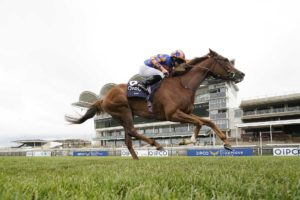