If any reminder of exactly how small the bloodstock world has become is needed, then look no further than Benbatl.

Here is a horse who has scored at the highest level in both hemispheres and is now on schedule to represent Godolphin in Saudi Arabia following a pair of facile Group 2 victories on Meydan’s turf and dirt.

He is respected as a versatile, tough and honest character – but then isn’t that what we have come to expect from his sire, Dubawi? One of the world’s elite turf influences he may be, but the stallion has also compiled a pretty strong stud record on dirt, as might be anticipated from a grandson of Seeking The Gold.

Dubawi regularly comes to the fore during the Dubai Carnival and this season has been no different. Benbatl’s winning debut on dirt in Thursday’s Group 2 Al Maktoum Challenge R2 came at the expense of another son in Military Law, previously successful in The Entisar, a Listed event run on the same surface in December.

Dubawi’s lengthy stud record is already highlighted by two Dubai World Cup winners in Monterosso, who won in 2012 when the race was run on Tapeta, and Prince Bishop, the 2015 winner once it had been returned to traditional dirt.

“He is respected as a versatile, tough and honest character”

Since then, others have added further weight to that dirt trend, notably North America, the wide margin of the Group 1 Al Maktoum Challenge R3 at Meydan in 2018, Mubtaahij, winner of the Grade 1 Awesome Again Stakes at Santa Anita in the US, and Sheikh Hamdan’s homebred Muntazah, a dual Group 3 winner last season.

And although it’s early days, we’re seeing a similar trend developing in the case of his son Night Of Thunder, whose first crop includes the recent UAE 1,000 Guineas winner Dubai Love.

Benbatl’s victory last Thursday should set him up nicely for a crack at the inaugural Saudi Cup on February 29. With a total purse of $20 million, the race has really shaken up the early season programme for older horses.

Indeed, it has attracted an array of leading older American runners such as Maximum Security, Midnight Bisou, McKinzie and Tacitus, thereby leaving the Stronach Group’s Pegasus World Cup at Gulfstream Park, which has been slashed from a high of $16 million to $3 million, a rather embarrassing shadow of its former self.

Benbatl’s growing international resume befits a horse in possession of a pedigree held in high regard across both hemispheres. The best foal out of Prix de l’Opera heroine Nahrain, he is the product of several generations of Maktoum breeding. But beyond that, there is also a striking example of the innovative attitude of Captain Tim Rogers, the mastermind behind Airlie Stud. 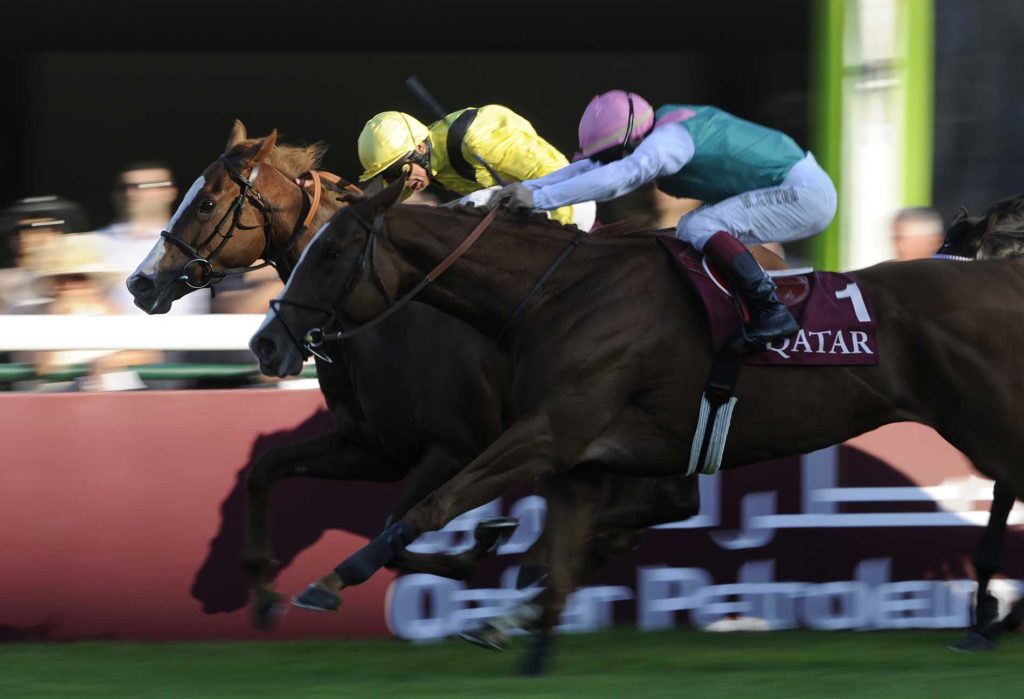 At one time, the Airlie brand comprised seven farms worldwide and a legion of stallions that included both Habitat and Petingo, the sire of Troy during his short innings at stud. When Rogers died in 1984, the bloodstock holdings consisted of 17 stallions and around 160 mares while in addition to Airlie itself, there was a farm in America and another in New Zealand.

Well attuned to the southern hemisphere scene, Rogers infused an Antipodean flavour to Airlie in the late 1970s with the import of New Zealand Champion La Mer. With a price tag rumoured to be in the region of NZ$300,000, it was a bold move by Rogers, but then it brought Airlie into acquisition of the greatest racemare to grace New Zealand turf during the 1970s.

A daughter of the British-bred Royal Charger stallion Copenhagen, La Mer won 24 races for trainer Malcolm Smith and the Wynthorpe Stud, then the base for a fledgling educational facility which had paid just NZ$8,000 for the filly as a foal at foot with her dam La Balsa from her breeder, Jack Alexander.

La Mer’s haul included the Group 1 New Zealand Oaks, Manawatu Sires’ Produce Stakes and Air New Zealand Stakes. Such was her dominance that she was crowned a champion at ages two, three and four and was New Zealand’s Horse of the Year in 1975-76.

It’s easy to imagine that La Mer’s export to Ireland was greeted with some dismay in New Zealand, even if it did provide Wynthorpe with increased financial stability with which to develop an agricultural educational programme that still runs today.

Nor did she initially add much to the health of Airlie; although the dam of seven winners, only one, the Habitat colt Cipriani, won a stakes race.

As is so often the case with those good mares who fail to replicate their success at stud, several of La Mer’s daughters have gone on to redress the issue. One such animal was the Mill Reef filly Lady Of The Sea, a Haydock maiden winner in 1989 in the colours of Sheikh Mohammed.

Lady Of The Sea joined the Darley broodmare band but come 1996, they had pulled the plug on the mare, selling her for 25,000gns to Breckenbrough Ltd at Tattersalls the previous December. However, waiting in the wings were a pair of talented daughters.

The first, Clerio, won the 1997 Matron Stakes, then a Group 3, and recently featured as the grandam of the tough New Zealand galloper Our Rokkii, winner of the Group 1 Toorak Handicap.

However, better was to come in the Generous filly Bahr, winner of the 1998 Ribblesdale and Musidora Stakes and runner-up in the Epsom Oaks for Godolphin.

Benbatl is the first foal out of Nahrain and chances are that he won’t be the mare’s only representative to advertise her name if the promise of her three-year-old Fooraat, also by Dubawi, is any indication; trained by Roger Varian, she made a striking winning debut at Newcastle in October and looks likely to hold her own at stakes level. 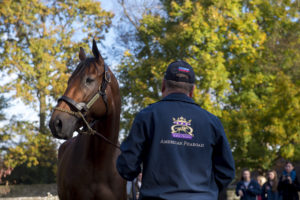 Up Next
Champion Pharoah bridging the gap