The very fact that Ballylinch Stud currently stands two of the six European stallions responsible for three or more Group 1 winners in 2022 ought to be music to the ears of John O’Connor, all the more so given that no other stud has more than one. The managing director of Ballylinch, owned by John and Leslie Malone, has built a reputation for selecting the right horse for the County Kilkenny farm and has been particularly astute in hitching the strategic success of the stallion enterprise to the ongoing success of two of Darley’s kingpins in Shamardal and Dubawi.

He can easily lay claim, at least for the time being, that he has Shamardal’s best sire son in Lope De Vega at Ballylinch, a stallion whose rise through the ranks has been very well managed by O’Connor. And although we cannot say that Dubawi’s best descendant resides at Ballylinch with Night Of Thunder just an hour up the road at Kildangan Stud, it’s hard to argue that he does not possess Dubawi’s next best descendants in son New Bay and grandson Make Believe.

It is, of course, Lope De Vega and New Bay that have each supplied three Group 1 winners this season, the latter tripling his tally during British Champions day at Ascot. And it is surely icing on the cake that both the Group 1 Queen Elizabeth II winner Bayside Boy and British Champion Stakes victor Bay Bridge are part owned by Ballylinch, thus affording the organisation a golden opportunity to shape its own future dynasty. 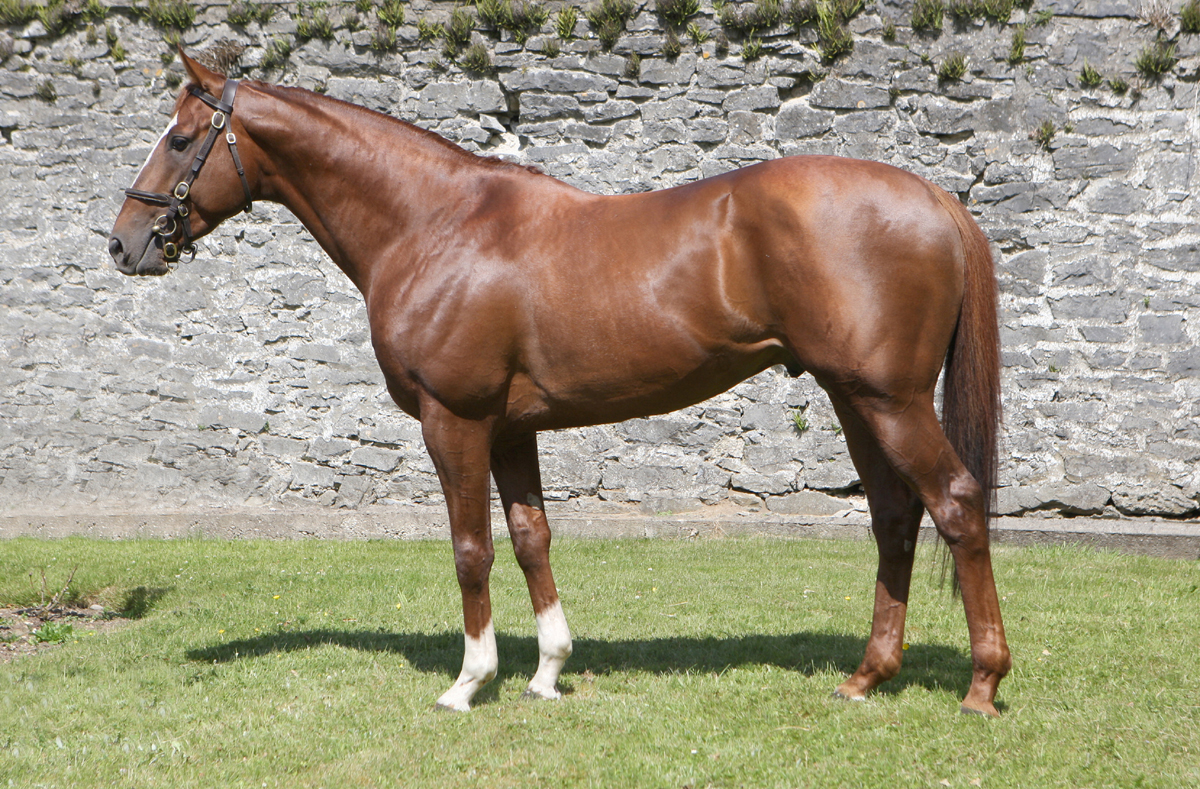 New Bay, like his stud companion Lope De Vega, earned his opportunity at stud by winning the Prix du Jockey Club. Both chestnuts had previously contested the Poule d’Essai des Poulains and whilst Lope De Vega was successful, New Bay failed to overcome a poor draw and could only finish third. However, his future promise did not go unnoticed at Longchamp and he was made favourite for the Chantilly Classic, and duly dispatched Highland Reel with a scything run down the outside. The son of Dubawi had no trouble picking up the Prix Guillaume d’Ornano and Prix Niel on his way to the Prix de l’Arc de Triomphe, but in a strong renewal he had to give way to the brilliant Golden Horn and his owner’s other contender Flintshire. But there was no disgrace in that and Timeform awarded him a mark of 128, which places him behind only Makfi (130) among his Dubawi’s Group 1-winning three-year-olds. Kept in training at four, New Bay didn’t add much to his laurels, winning at Group 3 level and running fourth in the Irish Champion Stakes, which in all likelihood made it possible for Ballylinch to acquire him for stud.

With a fantastic Juddmonte pedigree behind him, New Bay now looks like a bit of a steal. His dam Cinnamon Bay won three times over a mile in France, taking the Listed Prix d’Angerville for which she earned a 107 rating from Timeform. More importantly, she is a three-parts sister to the dam of Kingman as both share a sire in Zamindar and granddam in Bahamian, a Lingfield Oaks Trial winner over a mile-and-a-half by Mill Reef who produced Irish Oaks heroine Wemyss Bight, plus the dam of champion sprinter and influential sire Oasis Dream. Is there a better stallion’s pedigree out there?

Like all modern day stallions, New Bay is subject to the ebbs and flows of the commercial market. He attracted 110 mares in his first year at an introductory fee of €20,000, and 99 more at the same fee in year two. But years three and four at a reduced asking price of €15,000 were tougher. However, he turned things around in year five when his first two-year-olds featured the Royal Lodge Stakes winner New Mandate and Oh So Sharp Stakes heroine Saffron Beach among 12 winners. Since then, he has gone from strength to strength, covering a large book of classy mares at fee of €37,500 in 2022.

Two years on and Saffron Beach is now the winner of six of her 13 races, including two at Group 1 level. She started out well at three, finishing second to Mother Earth in the 1,000 Guineas and by season’s end, she had reversed that form by three lengths when taking the Sun Chariot Stakes. And one thing we now know about the New Bays is that they improve with age, much like Dubawi’s progeny.

Saffron Beach has enjoyed a fine campaign this year at four, annexing the Duke Of Cambridge Stakes at Royal Ascot and Prix Rothschild, both by wide margins. In the same progressive vein, Bay Bridge – who has benefitted enormously from his trainer’s patient handling – has graduated from handicaps at three to Group 1 winner at four, and it is he that can now lay claim to being his sire’s best horse with a Timeform rating of 128. Perhaps then it was no surprise to see the third of New Bay’s Group 1 scorers, Bayside Boy, still progressing right to the end of his three-year-old campaign – his Queen Elizabeth II victory added 6lbs to his previous best Timeform rating. He will stand alongside his sire at Ballylinch for 2023.

Access to ever better mares should enable New Bay to improve on his 5.3% stakes winners to runners, which is one stat that doesn’t do him justice. However, though he may have only eight stakes winners, the average Timeform rating of the eight is an excellent 116.8, which is currently about 2lb clear of his brilliant sire. 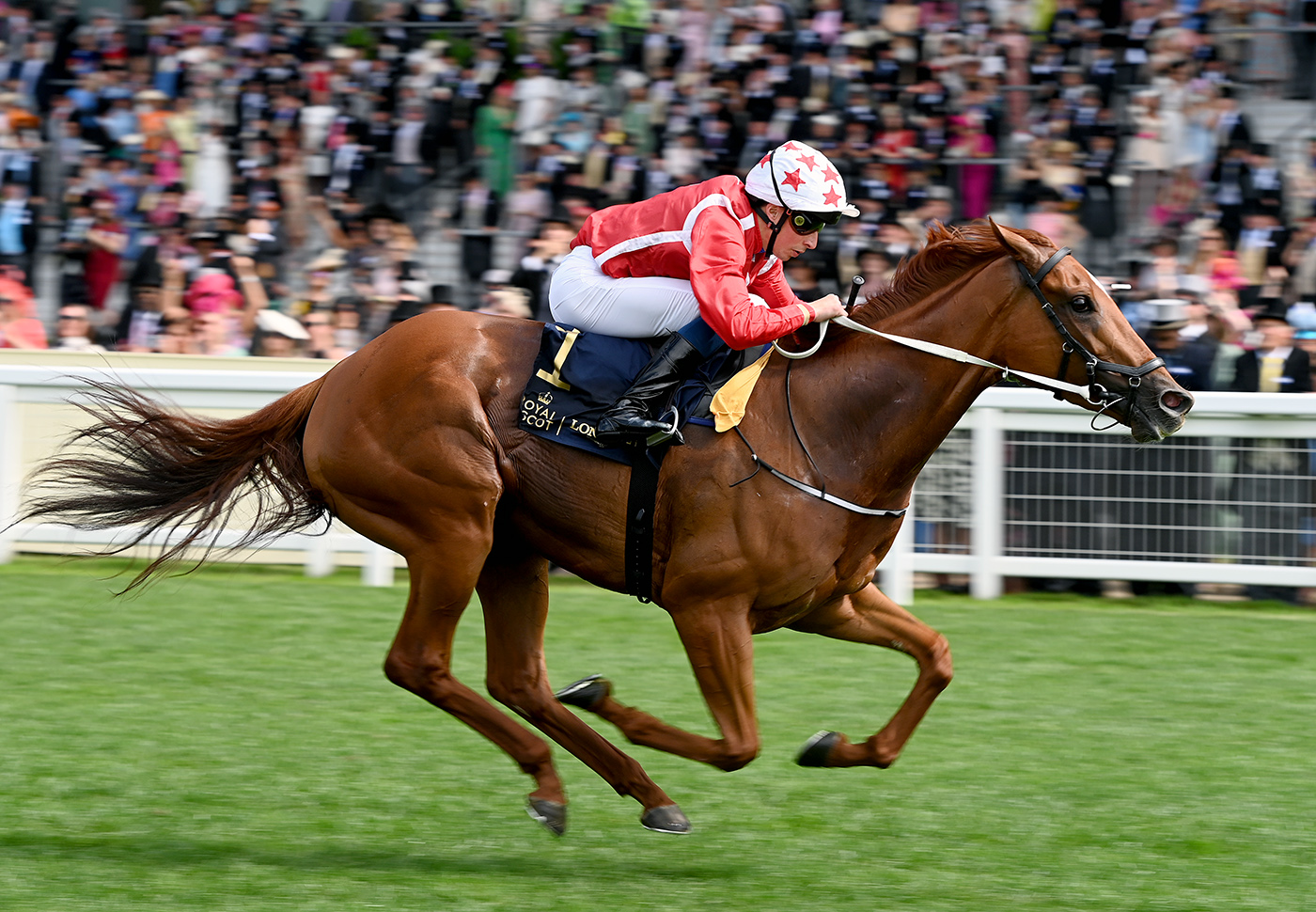 Saffron Beach: has played a key role in the rise of New Bay. Photo – Bill Selwyn 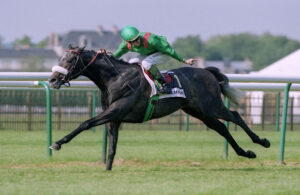 Up Next
Dalakhani now excelling through his daughters