When Thoroughbred Owner Breeder spoke to Silvestre de Sousa in 2011, the Brazilian was enjoying his best season to date, battling it out with Paul Hanagan for the jockeys’ championship, having earned his maiden century the previous year.

At that time, de Sousa was modest about his chances of a first title – he would go on to finish the season as runner-up – and explained the challenge of riding against the likes of Hanagan, Richard Hughes, Kieren Fallon and Ryan Moore et al.

“To be where I am is a dream,” de Sousa told Julian Muscat. “But the title is far from my mind. I just want to stay in the background and see what happens.

“You need to be careful with the big guys,” he continued. “In a race you cannot go where you like. You must have respect and ride with intelligence, otherwise they will punish you.

“It’s very competitive on the track. You talk in the paddock, but friendship is over when you get on the horse.”

Eight years on and de Sousa is undoubtedly now one of the “big guys”, even if he himself denies this assertion.

Yet it is hard to argue with the facts; he is the current champion jockey, taking the title for the last two years as well as in 2015, enjoyed the world’s highest profile riding job with Sheikh Mohamed’s Godolphin operation, and is now retained rider for the ambitious King Power Racing.

“I don’t feel like one of the big guys!” de Sousa tells Tim Richards (Talking To, pages 49- 51). “I am just the same as the rest of the guys, but I do believe in what I can deliver when I am on a horse.

“It is nice to have a high-profile job in this sport. I just hope I can do well, but I am still one of the lads, not above anyone else. I am the same as I was, only with a different job. I still hope to be available at times to ride for those who have helped me reach the position I am in now.”

De Sousa has certainly made a blistering start to his new association with King Power Racing, including winning the European Free Handicap on the exciting Shine So Bright. Some eye-catching spending at the sales will ensure its retained rider gets to sit on some of the best-bred thoroughbreds in training in Britain.

A fourth title may be difficult to achieve with a focus now on quality over quantity, yet you would not put it past a jockey with de Sousa’s incredible work ethic – “a day off for me is a lost opportunity” – to surprise the doubters.

Quality over quantity could also apply to the burgeoning stable of Newmarket trainer Richard Spencer, who is only in his third full season with a licence but has already tasted a Royal Ascot victory and sent runners to the Breeders’ Cup.

Phil Cunningham, who enjoyed Classic success with Cockney Rebel, has put his faith in the young handler to deliver big-race glory to Sefton Lodge stables. Julian Muscat finds out about both men’s ambitions and plans for the season.

We are delighted to welcome Nancy Sexton as Thoroughbred Owner Breeder’s new Bloodstock Editor. Nancy brings a wealth of experience and knowledge to the role and her enthusiasm and passion for her subject will prove a huge asset to both our print and digital offerings. 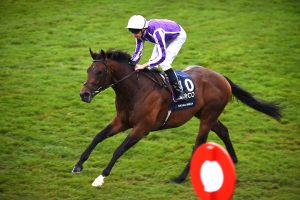 Up Next
Rich Selene family not forgotten in Magna Grecia