Last night, Thursday 8 December at London’s Royal Lancaster hotel saw the best of British racing gather to celebrate the highlights of the past season’s racing. 2022 marked the 40th Anniversary of the Awards, celebrating four decades of racehorse ownership, very generously sponsored this year by The Jockey Club.

The other big winner was Baaeed who picked up the much coveted Horse of the Year, also sponsored by the Jockey Club by a single vote for owner Sheikha Hissa al-Maktoum who heads up Shadwell Estate’s operations following the sad passing of her father Sheikh Hamdan bin Rashid Al Maktoum in March 2021. This extraordinary colt also picked up the 2022 Award for the Outstanding Miler, in recognition of his impressive tally of Group One wins.

Commenting on the Awards ROA Chief Executive Charlie Liverton said “The ROA Awards continue to hold a special place in the hearts of the participants in British Horseracing, every category is voted for by owners, recognising the equine stars and the people who are the very lynchpin of our sport. This evening saw some stand out performers and memorable highlights representing the rich and changing demographic of racehorse ownership”.

A complete list of the evening’s winners is below; 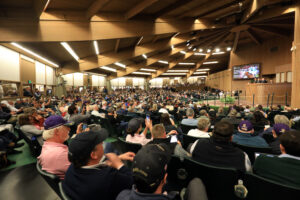