Baaeed a fitting ode to glory days of Shadwell’s past

There is something very appropriate in Baaeed’s new found place as a Shadwell flagbearer. Four successive wins, the most recent achieved on Friday courtesy of a visually stunning display in the Thoroughbred Stakes at Goodwood, will have likely offered some much-needed positive momentum in the aftermath of Sheikh Hamdan’s death. Yet as a descendant of Height Of Fashion, he also links back to an array of glory days within Shadwell’s past.

Nashwan, Unfuwain, Nayef, Ghanaati and Lahudood – the Height Of Fashion clan has been responsible for some of the best horses to have carried Sheikh Hamdan’s colours during a period that spans over three decades. Baaeed still has some way to go to match some of those luminaries but as his recent exploits show, the influence of Height Of Fashion over Shadwell runs as deep today as it has ever done.

Going back to 1982, Height Of Fashion was one of the key purchases made by Sheikh Hamdan that summer to bolster his fledgling bloodstock operation. A big, rangy, resolute galloper in the mould of her sire Bustino, she had been bred by the Queen out of her dual Classic winner Highclere, also dam of the Queen’s smart colt Milford and latterly third dam of Deep Impact. Moreover, the family went back to the influential mare Feola, ancestress of Round Table, Aureole, Pebbles, Reference Point and Johannesburg among others, via her daughter Hypericum, winner of the 1946 1,000 Guineas for King George VI.

Thus, it is one of the Queen’s most powerful families and for much of 1981 and 1982, Height Of Fashion added significantly to its success.

Trained at West Ilsley by Major Dick Hern, she was Europe’s joint champion two-year-old filly of 1981 by virtue of victories in the Fillies’ Mile and May Hill Stakes and went on to add the Lupe Stakes on her return at three. With her big frame in mind, Epsom was deemed unsuitable and so the Oaks was bypassed in favour of the Princess Of Wales’s Stakes at Newmarket, in which she took advantage of a feather weight to make all under regular pilot Willie Carson and defeat Ardross.

It was after a low-key run behind Kalaglow in the King George that the announcement of her sale for a reported £1.5 million to Sheikh Hamdan was made. The Royal Studs had plenty of the family at the time and in what was written up at the time as ‘the sale of the century’ (especially when Height Of Fashion trailed in last in the Yorkshire Oaks on her only start for Sheikh Hamdan), the Queen was able to fund her purchase of West Isley Stables from Sir Michael Sobell and Arnold Weinstock. In return, Sheikh Hamdan came into possession of a high-class and well-related performer, from which he was able to cultivate his own blue hen mare.

Subsequent events have given cause for the decision to come under scrutiny on many occasions since, in particular when Height Of Fashion was swift to provide her new owner with a Derby winner, Nashwan. However, it must be remembered that had Height Of Fashion remained in royal ownership, it is debatable as to whether the mare would have been exposed to any of those leading North American-based stallions of the time.

As it was, Height Of Fashion spent her entire stud career in North America, visiting the likes of Northern Dancer, Blushing Groom, Lyphard, Danzig and Mr Prospector.

To Northern Dancer, then at the peak of his powers, she foaled the John Porter Stakes winner Alwasmi and the admirable middle-distance colt Unfuwain, the Jockey Club and Princess Of Wales’s Stakes winner who also ran second in the King George and fourth in the Arc. The latter recommenced a fruitful association between the mare and Hern that was later reinforced by Nashwan, still the only horse to sweep the 2,000 Guineas, Derby, Eclipse Stakes and King George. Both Nashwan and Unfuwain later became Group 1-producing sires at Nunnery Stud as did her final foal, the multiple Group 1 winner Nayef. 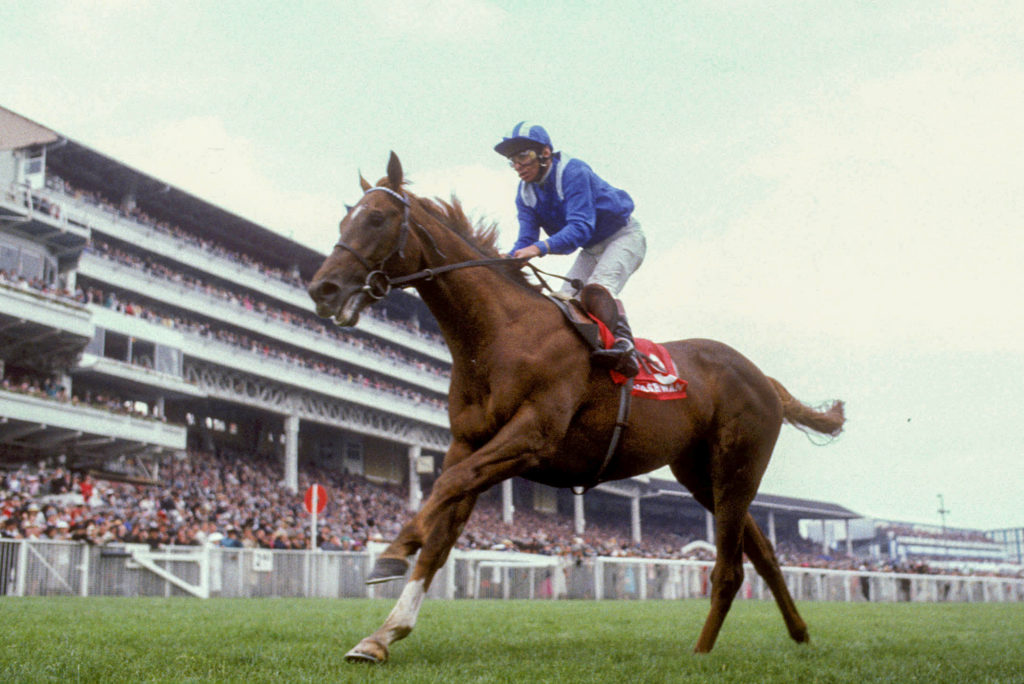 Nashwan, one of the greats produced by Height Of Fashion, and Willie Carson win the 1989 Derby at Epsom – Photo: George Selwyn

Of her daughters at stud, the Listed-winning Sarayir has been the most successful as the dam of 1,000 Guineas and Coronation Stakes heroine Ghanaati, the Group 1-placed Mawatheeq, Oaks third Rumoush, herself now a multiple stakes producer, and Eshaadeh, dam of the Queen Mary Stakes winner Maqaasid.

The Listed-placed Wijdan left behind the Group/Grade 2 winners Makderah and Oriental Fashion while the placed Manwah (by Lyphard) foaled Grade 3 winner Mustanfar, a former Shadwell Kentucky stallion who featured earlier this year as the damsire of Irish Group 3 winner Keeper Of Time.

In a tale of contrasts, Bashayer failed to leave behind a single black-type performer yet in time became the granddam of top American racemare Lahudood, in turn the second dam of Baaeed.

On the track, Bashayer looked potentially smart when winning her sole start, a Newmarket maiden at two, and would have most likely held on to win the 1993 Cheshire Oaks had Carson not dropped his hands; she was beaten a head and after running down the field in the Oaks, never came close to fulfilling her early potential.

An underwhelming career at stud consisted of five minor winners. However, as is often the case in these instances, several of her daughters have gone on to become accomplished producers, including the placed Marraasi, the dam of minor American stakes winners Mamdooha and Lafta, and Rahayeb, a minor winning daughter of Arazi (thereby representing the same Blushing Groom cross as Nashwan) who foaled Lahudood and French Listed scorer Kareemah.

Lahudood, a daughter of Singspiel, began her career with John Hammond in France, where she won the Listed Prix de Liancourt, but hit full stride in America under the care of Kiaran McLaughlin, where she developed into one of the best older turf mares of 2007, winning the Grade 1 Flower Bowl Invitational Stakes and capping her career with a victory in the Breeders’ Cup Filly and Mare Turf at Monmouth Park.

Lahudood’s first foal, the Kingmambo filly Aghareed, has so far turned out to be her best; like her dam, she was saddled by John Hammond to win the Listed Prix de Liancourt. Nine foals of racing age and just three minor winners have followed since for Lahudood, although in fairness her Kitten’s Joy gelding, Mahrajaan, again looked potentially smart on Monday, when romping to victory at Ripon for a second success in three starts.

Aghareed began her stud career with visits to Dubawi and Dansili but it is to Sea The Stars that she has really clicked, not only as the dam of Baaeed but also Hukum, the recent winner of the Group 3 John Smith’s Silver Cup for Owen Burrows. The siblings are quite different; Hukum obviously stays 1m6f well while the more compact Baaeed has found his forte over a mile for William Haggas.

Plenty has been made of the fact that Baaeed is a talented miling son of Sea The Stars, a stallion who is well known as an effective source of middle-distance talent.

However, it would be wrong to pigeon-hole Sea The Stars as such, not least because his collection of 14 Group 1 winners includes Fifty Stars, who has struck in Group 2 company over a mile in Australia, and Zelzal, successful in the 2016 Prix Jean Prat over a mile at Chantilly. And of course, Zelzal is out of a mare by Kingmambo and therefore bred on the exact same cross as Baaeed. In fact, this particular pattern can be deemed as highly effective given that Kingmambo is the damsire of eight stakes winners (out of 19 starters) by Sea The Stars in total, notably Cloth Of Stars, Raabihah, Chemical Charge and 6f Listed scorer Sivoliere. 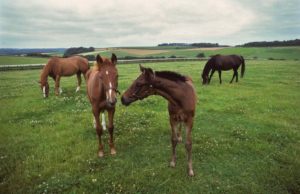 Up Next
Embrace of technology helps aids TBA and industry