Alkumait another to pay tribute to Leigh influence

How the late breeder’s stamp can be found on a family that continues to thrive, as evidenced by the winner of this year’s Group 2 Mill Reef Stakes

Gerald Leigh was not a breeder who operated with large numbers. Yet such was his success that a Leigh family remains instantly recognisable today, almost 20 years after his death.

Leigh died in June 2002, only weeks after his Group 1-winning homebred Act One had run second in the Prix du Jockey Club. Within 18 months, the majority of his stock had changed hands in a private transaction to Sheikh Mohammed in a deal that reportedly valued the group at £35 million.

They included his Irish 1,000 Guineas heroine Gossamer, a Sadler’s Wells sister to another Leigh highlight in Barathea produced by the excellent mare Brocade. Gossamer would go on to gift Sheikh Mohammed with Racing Post Trophy winner Ibn Khaldun while another mare, Epitome, became the dam of Prix Jean-Luc Lagardere scorer Ultra.

Leigh’s name will always be strongly associated with Brocade, a homebred daughter of Habitat who won the 1985 Prix de la Foret before her illustrious career at stud.

However, in the instance of Cambretta and her daughter Ghislaine, the Leigh stamp is very much present on another family that continues to thrive today, as we saw again on Saturday when descendant Alkumait ran out the impressive winner of the Mill Reef Stakes at Newbury for Marcus Tregoning.

“Within 18 months, the majority of Leigh’s stock had changed hands in a private transaction to Sheikh Mohammed”

Cambretta boasted the foundations to make a fine addition to any stud. A daughter of Roberto, she was an older sister to the Hardwicke Stakes winner Critique as well as a half-sister to Rose Red, the ancestress of Dr Devious, Dancing Rain and Saxon Warrior among many others. Their dam, Cambrienne, was a daughter of the Countess Hubert de Chambure’s Dewhurst Stakes winner Torbella, herself out of the Countess’s Irish Oaks heroine Djebellica.

Cambretta had a brief racing career, winning one of only two starts, but she was a different proposition at stud. Her first foal, Pluralisme, by The Minstrel, was a multiple Group 3 winner in France while her third, the Sharpen Up filly Only, was a Group 3 winner in Ireland who also ran second in the 1984 Moyglare Stud Stakes.

By that stage, Cambretta was in the hands of Sheikh Mohammed, having changed hands for $1 million to Aston Upthorpe Stud at the 1982 Keeneland November Sale.

Leigh did, however, retain Cambretta’s 1981 Icecapade filly, Ghislaine, who evidently had ability judged on her seven-length debut win at Sandown for Guy Harwood.

Sent to Known Fact straight off the track, Ghislaine’s first foal was champion miler Markofdistinction. Such was the regard in which he was held by trainer Luca Cumani that Markofdistinction lined up in the 1989 2,000 Guineas with only a single start, when successful in a Newmarket maiden at two, to his name. In the event, he did well to get within two lengths of Nashwan in fourth and after running third in the Sussex Stakes, returned at four to win the Queen Elizabeth II Stakes at Ascot. He also provided a then 19-year-old Frankie Dettori with a first Royal Ascot winner in the Queen Anne Stakes the same year. 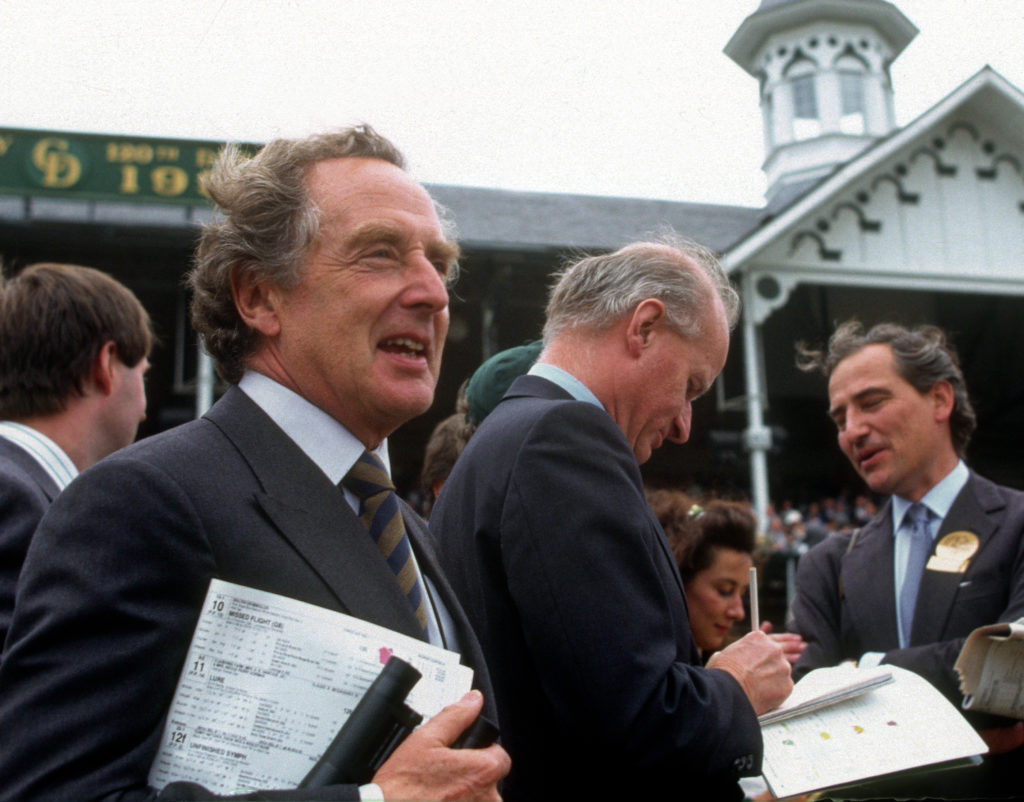 Ghislaine subsequently also clicked with Shirley Heights to produce two smart fillies in Ahead, who was Group 3-placed in Britain and Grade 2-placed in the US, and Criquette, who was sold to Sheikh Mohammed after taking the 1992 Radley Stakes at Newbury; although she never bettered that effort, she did later produce the 2009 Ribblesdale Stakes heroine Flying Cloud for Darley as well as Sky Song, herself the dam of dual Group 1 winner Laverock and granddam of top Australian runner Pierro, now a champion sire for Coolmore Australia.

Alkumait descends from the branch belonging to Ahead. A prolific producer, Ahead left behind six stakes performers led by the classy stayer Opinion Poll and Horatia, a daughter of Machiavellian who won the Grade 3 Matchmaker Stakes at Monmouth Park.

Horatia remained in the ownership of the Leigh family for several years following Gerald Leigh’s death before changing hands to the Burns family, for whom she produced Group 3 winner Moment In Time. An unraced daughter, Venoge, was also culled out of Eydon Hall Farm in 2008 when sold for 26,000gns to David Powell of Catridge Farm. That turned out to be a good bit of business as the mare went on to produce 2013 Cornwallis Stakes runner-up Outer Space. Only last year, Venoge also featured as the granddam of Lowther Stakes heroine Living In The Past.

Now add another fast two-year-old to the list in Alkumait. The son of Showcasing is the fourth foal out of Venoge’s Dutch Art daughter Suelita, a multiple winner in Italy who joined Whitsbury Manor Stud when bought for just 21,500gns at the 2013 Tattersalls December Sale.

That outlay has been rewarded many times over since then, with the mare becoming a multiple stakes producer and noted breeder of commercially appealing stock.

Suelita’s first foal was The Broghie Man, one of the highlights of Cityscape’s first crop who won the 2018 Listed Committed Stakes at Navan.

Her second was Gloves Lynch, a 52,000gns colt from the first crop of Mukhadram who was Listed-placed. He was followed by the Pivotal filly Praise, a 425,000gns yearling purchase by Cheveley Park Stud who added to the family only last week when breaking her maiden at Redcar for William Haggas.

Alkumait, a 220,000gns Tattersalls October Book 1 purchase by Shadwell Estate Company, is her fourth foal and followed by a yearling sister, who is catalogued to next month’s October Book 1 from Whitsbury Manor Stud. She also has a colt foal on the ground by Frankel.

Alkumait hails from Showcasing’s first £35,000 crop of 98 foals and becomes the 44th stakes winner for his ascendant sire. He is also his second winner of the Mill Reef Stakes after Toocoolforschool, one of five stakes winners from Showcasing’s successful first crop. There have been plenty of highlights since then; Advertise and Quiet Reflection were both Group 1-winning sprinters but there was arguably a greater landmark this season in the form of Sussex Stakes victor Mohaather, who proved that the sire could get a top-class miler.

Interestingly, Alkumait also follows the example of several other high-profile Showcasing runners – notably fellow Group 2 winner Play That Song and Listed scorer Avengers Queen – by being inbred to Green Desert. In all, there are 36 stakes winners worldwide inbred to that influential stallion, among them the Group 1-winning sprinter Havana Grey, who appropriately stands at Whitsbury Manor Stud.

As for Suelita, she is inbred 3×3 to Machiavellian, himself in possession of two strains descending from the blue hen Almahmoud. Still only 11-years-old, her record is developing at such haste that it might not be long until the daughter of Dutch Art is worthy of comparison with a mare such as Brocade or Ghislaine. That is something that would have undoubtedly made Gerald Leigh very proud. 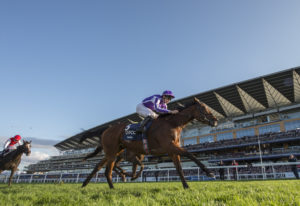 Up Next
More Group 1 magic for Cassandra's family