As British and Irish breeders continue to lean towards breeding for speed, perhaps it’s no surprise to see some of those deep German families playing more of a major role within the backgrounds of various high-flying middle-distance runners.

There were multiple examples last week starting with a pair of Derby trial winners, Alenquer and Wirko, both of whom descend from the Habitat mare Waitotara. And on the same card that William Haggas’ Alenquer stamped his Derby credentials by taking the Sandown Classic Trial, Waldkonig looked another Group 1 performer in the making for his dam Waldlerche with an impressive victory in the Gordon Richards Stakes. Bred by Gestut Ammerland and Newsells Park Stud, Waldkonig is a half-brother to Arc hero Waldgeist, Prix de Malleret scorer Waldlied and the recent Saint-Cloud maiden winner Wildfeder and descends from the famous ‘W’ family of Waldrun that has served Gestut Ravensberg so well.

Like Waldkonig, Tuesday’s Blue Riband Trial winner Wirko is a son of Kingman. However, he is very much a German product as a representative of Gestut Röttgen’s famous Wild Romance family. Röttgen bred the colt out of Listed winner Weltmacht, by Mount Nelson, and were rewarded with a sale of €700,000 to Godolphin at the 2019 BBAG September Sale, at which he was the most expensive colt.

By contrast, Alenquer cost the BBA Ireland just €18,000 as a foal out of the 2018 Arqana December Sale and although he turned a good profit when reselling for 80,000gns to Armando Duarte at Book 1 of the Tattersalls October Sale the following year, that figure still fell well short of the auction’s average of 258,008gns.

Part of that may have been due to a lack of understanding of his sire, Adlerflug. Although a Group 1-winning relation to Galileo, Adlerflug has not been terribly well represented outside of his native Germany. Indeed, Alenquer is the only yearling by him to have ever passed through a British or Irish sales ring and one of only two runners in Britain since 2017; the other, fellow three-year-old Immelmann, ran a good third on debut earlier this week at Nottingham for Simon and Ed Crisford.

A tenacious performance from Alenquer! 💪@TomMarquand gets the best out of the William Haggas trained colt to win the Group 3 @bet365 Classic Trial 🏆 pic.twitter.com/kXjwUlyMPS

Sadly, the old adage that we don’t know what we have got until its gone is very true in this case since Alenquer’s leap to prominence comes in the same month of Adlerflug’s unexpected death at the age of 17 at Gestut Schlenderhan in Germany.

As fate would have it, Adlerflug was covering at a career high of €16,000 having been crowned Germany’s champion sire of 2020. Last year’s prize-money total of €900,000 was comfortably ahead of his closest pursuer Soldier Hollow and was reflective of a year highlighted by the German Derby first and second, In Swoop and Torquator Tasso, among four stakes winners. In Swoop also ran second in the Arc and Grand Prix de Paris.

Adlerflug’s stud career has been one of slow-building momentum for his owners Gestut Harzburg, Schlenderhan, Brummerhof, Gorlsdorf, Bona and Gregor Vischer. The flashy chestnut retired to Gestut Harzburg in 2010 as the winner of four races topped by the 2017 German Derby and 2018 Deutschland Preis. By In The Wings, he also belonged to arguably the finest family in the Stud Book as a descendant of Anatevka, from whom the powerful Urban Sea and Allez Les Trois clans have sprung. Yet from 2010 until 2017, he stood for just €5,500.

When his first crop hit the track as two-year-olds in 2013, there was not a single winner. Germany, however, is not a nation that places much emphasis on two-year-old racing and in fairness to Adlerflug, there were only six juvenile runners.

Predictably, as his stock strengthened, it was a different scenario. The following year, he was represented by 19 winners, among them two stakes scorers led by the Prix Chloe heroine Wunder. That same first crop would later come to be enhanced by Ito, a Group 1 winner as an older horse. 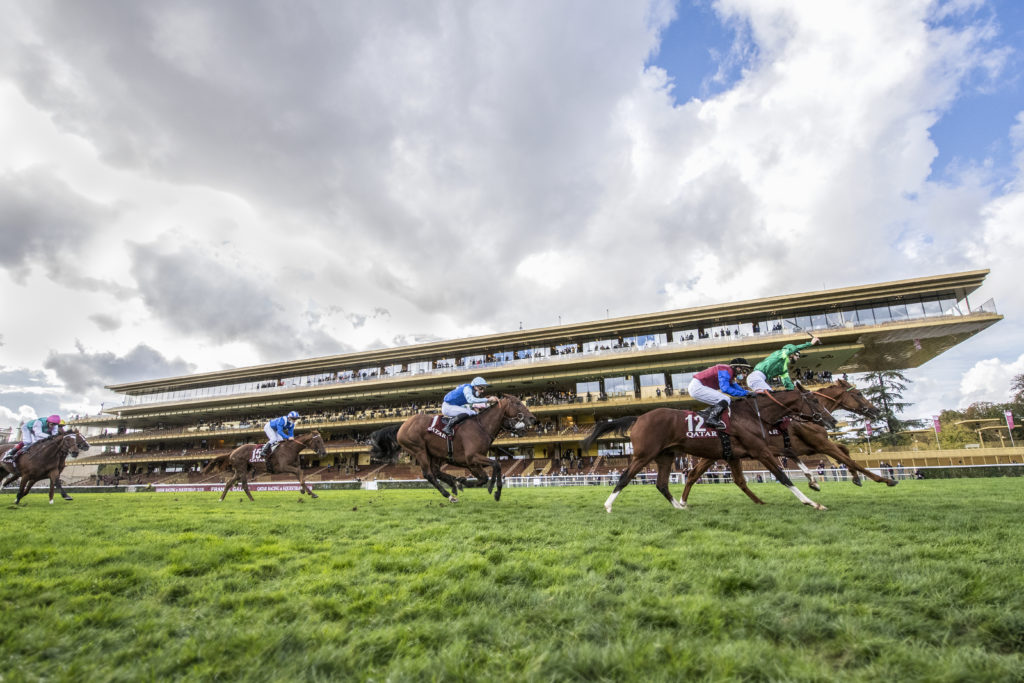 Triple Group 1 winner Iquitos, meanwhile, was the highlight of his second crop while German Derby runner-up and Group 2 winner Savoir Vivre emerged out of his third. Since then, further Group 1 highlights have arrived courtesy of German Oaks heroine Lacazar and the aforementioned In Swoop, a brother to Ito. It is worth reiterating that each were bred while Adlerflug was advertised at just €5,500.

Alenquer, who became his sire’s 13th Pattern winner on Friday, belongs to the first crop in which Adlerflug’s fee broke through into five figures; shifted to Schlenderhan in 2017, his fee was more than doubled to €12,000.

Time may tell that Alenquer, who was bred by Michael Andree’s Gestut Romerhof on the same Areion cross as Iquitos, is capable of adding further to that statistic. He needs supplementing to the Derby if he is to take his place at Epsom but the manner in which he dispatched a field that included Group winners Lone Eagle and Etonian on Friday suggests that with normal progression he could be up to the task, for all that he was sent off 25-1.

It was only the third run of his life and there was a suspicion that he was idling in front as the runner-up Adayar edged closer – he will be sharper both mentally and physically next time. He should also relish the step up to 1m4f.

Romerhof bred Alenquer out of Wild Blossom, a winning Areion granddaughter of Waitotara.

Bred by Sonia Rogers of Airlie Stud, the winning Waitotara was imported to Germany in 1995 having bred the country’s 1991 champion two-year-old filly Waitowin and become the granddam of 1993 champion Wild Romance.

Eleonore Helene Zieger-Dickerhoff took over ownership of Waitotara and is credited as the breeder of Wild Blossom. For many years, however, much of this family’s success rested on Röttgen’s development of the line belonging to Win Hands Down, Waitotara’s Listed-placed daughter of Ela-Mana-Mou.
Another bred by Rogers, Win Hands Down left behind the aforementioned Wild Romance, in turn the dam of another German champion two-year-old in White Rose alongside the Group 2 winners Wild Side and Win For Us. Wild Side later added to the family as the dam of Park Hill Stakes heroine Wild Coco.

Group 2 scorer Vintager and Listed winners Path Wind, Promesse de l’Aube, Elite Army, Scentasia and now Wirko are other talented representatives of a family that is steadily gaining greater traction outside of Germany.

With his Group 3 success on Friday, Alenquer becomes the most accomplished member of the family to descend from Waitotara’s Turtle Island daughter Wind In Her Hair, an unplaced mare whose sole black-type performer at stud was the German Listed scorer Wilder Wein. However, given he is only the second foal out of Wild Blossom, time may tell that this daughter of Areion is capable of further invigorating this branch of the family. 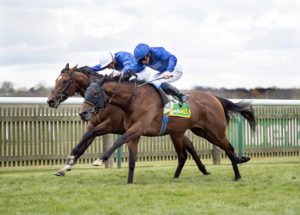