For a brief moment, it was within reach. As Orfevre swept to the front under Christophe Soumillon, Japan’s fervent desire for an Arc success was on the cusp of turning into reality. The Longchamp crowd erupted; history would relate that in 2012 the Arc belonged to Japan.

But Orfevre was not without his quirks and despite Soumillon’s urgings to the contrary, swerved violently towards the far rail. Suddenly the Arc was under threat, and Solemia, running straight as a die and with great momentum behind her on her favoured soft ground, capitalised on her rival’s wayward nature to run Orfevre down and snatch victory. They were seven lengths clear of the third Masterstroke.

The following year, trainer Yasutoshi Ikee sent Orfevre back for another crack at the Arc and although no match for Treve on that occasion, he still ran a fine race to be second.

By that stage, Orfevre was a five-year-old and nearing the end of an illustrious racing career that had taken in the Japanese Triple Crown alongside two renewals of the Arima Kinen and Prix Foy. By all accounts an intelligent horse, the son of Stay Gold had also displayed the durability and soundness so often associated with the Japanese Thoroughbred and the Sunday Silence sire line, having won 12 of his 21 starts. In all, a Japanese legend.

As such, there has been huge anticipation surrounding his early runners. Breeders flocked to the horse, sending him approximately 750 mares in his first three seasons at the Shadai Stallion Station. Since 2017, however, his book sizes have dropped every year and in 2019 he covered ‘only’ 52 mares at a fee of 3 million yen (£22,500), down from 6 million yen (£45,000) in his first season.

Those downward trends suggest that all has not gone according to the script in Orfevre’s second career. There have been five stakes winners in three crops of racing age but that is only good for a return of one per cent when it comes black-type winners to runners. And while he has comfortably sat ahead of the majority of his contemporaries as a leading Japanese first and second-crop sire, he still falls greatly in the shadow of his Shadai studmate Lord Kanaloa, today’s top active sire in Japan.

Against that, his quintet of stakes winners does include a true top-notcher in Lucky Lilac as well as Epoca d’Oro, the 2018 winner of the Satsuki Sho – Japanese 2,000 Guineas. Both are members of Orfevre’s first crop alongside Group 3 winners Solace and Rock This Town; the latter was Orfevre’s first stakes winner when successful in the 2017 Sapporo Nisai Stakes.

Throughout, Lucky Lilac has been the shining advert, capping an unbeaten juvenile season for trainer Mikio Matsunaga with a victory in the Group 1 Hanshin Juvenile Fillies before running placed in the Japanese 1,000 Guineas and Oaks at three prior to taking the Group 1 Queen Elizabeth Cup at four.

On Sunday, the five-year-old added further to her Group 1 haul with an emphatic winning display in the Osaka Hai at Hanshin. Settled in mid division on the inner by jockey Mirco Demuro, she was momentarily short of room but when a gap finally did appear, she quickened smartly through it to win cosily from the Bago colt Chrono Genesis.

“Lucky Lilac was well prepared for coming into this race after a prep at Nakayama where she found the uphill still a little tough at the finish – she was definitely very strong and fit this time,” Demuro told Japan Racing. “She was really sharp coming out of the gate and we were a little forwardly positioned than expected but the race went perfectly for us and she was really concentrating and taking the bit after the third corner – we were lucky to find a nice opening at the stretch. She’s a mare but not timid and has the strength to face the top males in the future.” 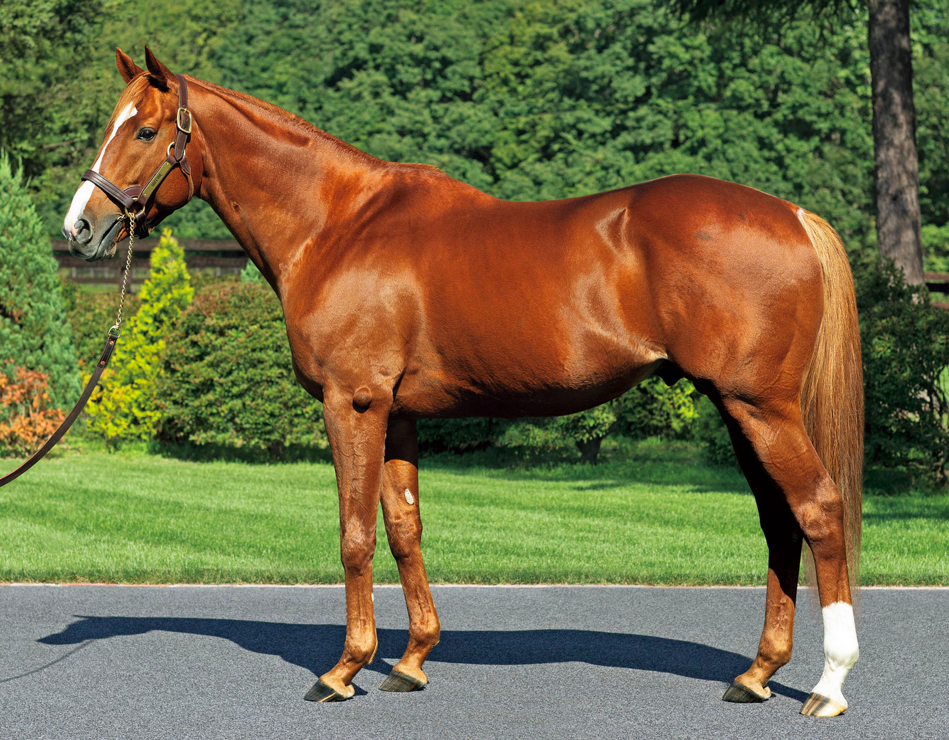 Unsold for just $35,000 as a yearling by breeders Judy Hicks and Kathryn Nikkel, Lilacs And Lace rattled through the grades under the care of John Terranova to ultimately land the 2011 Grade 1 Ashland Stakes at Keeneland.

Lilacs And Lace ran down the field in the Kentucky Oaks and not long after, was sold privately to begin her stud career for Northern Farm in Japan. Lucky Lilac is her third foal and is followed by a two-year-old colt by Daiwa Major and a yearling filly by Orfevre.

Lilacs And Lace was from the first crop of the Grade 1-winning Distorted Humor stallion Flower Alley and out of a mare by Seattle Slew named Refinement. Thus, she possessed a background free of Sunday Silence or Halo blood, something that has become an increasingly important aspect to consider for Japanese breeders.

Nor were the Yoshida family acting without precedent since the further reaches of Lilacs And Lace’s family had previously also fared well in Japan.

Lilacs And Lace was the best foal out of Refinement, a daughter of the top American racemare Stella Madrid.

Bred in 1987 by the famed Calumet Farm, then under the controversial management of J. T. Lundy, Stella Madrid was a true representative of their operation as a daughter of their ill-fated Alydar and champion sprinter My Juliet (a half-sister to Guy Harwood’s 1983 September Stakes winner Lyphard’s Special as well as $10.2 million yearling Snaafi Dancer).

Calumet catalogued the filly to the 1988 Fasig-Tipton Saratoga Sale, where she was knocked down for $600,000 to D. Wayne Lukas acting on behalf of Peter Brant.

Stella Madrid was one of a number of high-class horses to carry Brant’s colours at that time. Campaigned by Lukas in typically tough fashion, she swept the Grade 1 Spinaway, Matron and Frizette Stakes during the summer of 1989 and ended her juvenile season by running third in the Breeders’ Cup Juvenile. She returned at three to win the Grade 1 Acorn Stakes at Belmont Park.

Stella Madrid later foaled Japanese champion Diamond Biko while her Group 3-winning daughter Isle De France also wound up in Japan where she was to become the granddam of two winners of the Group 1 NHK Mile Cup in Mikki Isle, a champion sprinter and miler in Japan who struck in 2014, and Aerolithe, successful in 2017.

Dual Group 1 winner Mikki Isle, regarded as one of the best sprinters sired by Deep Impact, now stands alongside Orfevre at the Shadai Stallion Station for 1.5 million yen (£11,200). His first crop hit the track this year.

Providing the Japanese season proceeds as planned in the face of Covid-19, this won’t be the last that we hear of Lucky Lilac at the top table this year. The popular mare looks to be coming to the peak of her powers and if that is indeed the case, she should continue to keep Orfevre at the forefront of the minds of breeders. 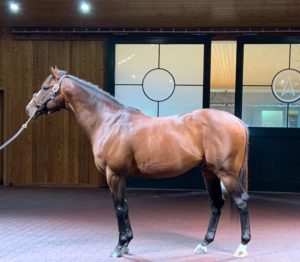 Up Next
Constitution laying down the Law